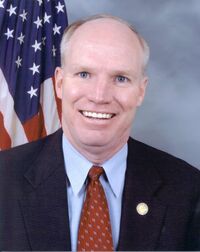 Tim Holden (born March 5, 1957) is a member of the United States House of Representatives, where he has represented Pennsylvania's 17th congressional district since 1993.