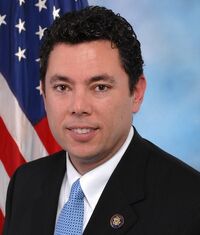 As a member of the Judiciary Committee, Representative Chaffetz will be able to vote on whether to pass the Stop Online Piracy Act out of committee for a House floor vote. Chaffetz has stated he opposes SOPA, citing cyber-security concerns and the impact of federal bureaucratic involvement on the internet.[1]

He is a supporter of the OPEN Act.[2]